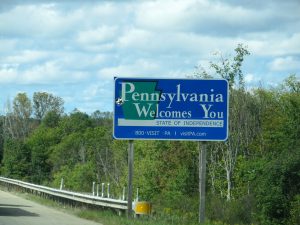 When people think of haunted places, physical structures and man-made buildings such as Hillview Manor come to mind first. What they sometimes forget, however, is that natural land itself can be cursed or haunted with even more entities than any building could contain. Nature holds energy, good or bad, and some materials like limestone, quartz and wood are known in the paranormal community to amplify that energy. In the spirit of the emerging springtime, we’ve compiled of some of Pennsylvania’s most haunted natural wonders, woods, hiking trails, and public parks. Perhaps your next picnic or nature hike could be with some paranormal counterparts!

After the attack on Pearl Harbor in December of 1941, the United States was determined to ramp up its production of materials to assist in the war effort, at any cost. Because of this desperation, in the spring of 1942 the federal government seized the small Pennsylvanian village of Alvira. After kicking out the residents, the Susquehanna Ordnance Depot was constructed. One of the strangest features of the depot are the 149 concrete igloo-style bunkers that were used for the storage of explosive materials. Once it was realized that the need for TNT had been overestimated, the depot sat vacant and unused until it was sold to the state as game land. The forest itself is a truly haunted natural wonder of PA, with secrets from decades past.

In the public game lands now, you can find the concrete bunkers sitting just beyond the main road. Many of these bunkers are shyly hidden by overgrown foliage and sharp brush. Most of the bunkers are welded shut, but a few are left open, ready for exploration.

Even though it isn’t sure who haunts the bunkers, visitors have reported unexplained rustling sounds, voices coming from inside the concrete structures, and the uneasy feeling of being watched.

While Fort Roberdeau is itself a man-made campus, the area around the fort is said to be haunted by the spirit of a young boy and his dog. Years ago, the fort was attacked by a group of Native Americans from the area. When the dust from the battle settled, the body of a young boy and his dog were found dead. No one knew where they came from, or why this child was at the fort. These days, his spirit is seen walking the perimeter and the surrounding woods of the fort with his dog, forever exploring.

On Beulah Road on the Wopsononock Mountain in Altoona, a ghost wanders the street and woods. She is dressed in white, wandering up and down the road, searching for her husband for eternity… so how did she get here? Years ago, a hotel sat at the top of Beulah Road, but burned down. Before the hotel was lost to the fire, a young couple snuck away to get married against the wishes of their parents. They planned to visit the Beulah Road hotel for their honeymoon. They took a horse-drawn carriage to the hotel, but tragically on their way, the carriage went off the road, with both the woman and her husband falling over the edge of the cliff to their death. The body of the young woman was found a few days after, but the body of her beloved was never recovered. Visitors to the road today see her often, and she’s gotten the nickname of The White Lady of Wopsononock or the White Lady of Buckthorn. She shows herself to those driving by, but disappears quickly if you stop your vehicle.

Another tragedy involving a horse and carriage deep within the hollow, and another young couple’s lives cut short. Legend tells that a couple of newlyweds were taking an after-wedding cruise through the hollow to take in the beautiful views and scenery. Something spooked the horse, and it bolted off at full speed. The carriage became detached and crashed. The woman broke her neck instantly, and her husband was killed soon after when he was trampled by the spooked horse. What caused the horse to become so frightened that it killed two people?

Those who visit Mudlick Hollow these days hear the sound of running hooves, screaming, and a loud crash. Sometimes all in order, sometimes only one part of the event. It’s almost as if the energy of this tragedy is trapped here, replaying itself over and over throughout history.

A famous campsite in Venango County, Pittsville is home to not one but several spirits of lost campers. The story goes that there was a group of women who were camping here, a weekend away from it all, if you will. The girls enjoyed their days here, but on their last night, all of them disappeared under mysterious circumstances, leaving all their belongings behind, tents, backpacks, food, you name it, it was left behind at their site. Now, if you camp a night in certain parts of the campground, you can hear the women screaming and begging for help. It truly leads one to wonder, what in the world happened that night?

There is a certain stretch of this haunted natural wonder, the Delaware River in Bristol, that is haunted by the spirit of a man with a lantern. He is said to be searching for his girlfriend who had died here years before. In the late 1960s, the couple went onto the river in a rowboat when a storm rolled in, capsized the boat, resulting in the drowning of the girl. After the man pulled himself up onto shore, he was unable to see the body of his girlfriend. He felt so ashamed, so powerless. After a year or two, he decided that her death was his fault, and committed suicide.

River visitors today have reported seeing a spectral man, almost see-through, with a lantern, searching along the shores.

Located in Butler County, the spirit of the old caretaker of McConnell Mill still resides here. He had operated the mill itself for over fifty years of his life, becoming truly attached to each and every wooden plank and the running water that came through here. His spirit is now intertwined with the area. Long ago, an accident occurred with the mill’s equipment and caused his death. He is now seen walking from the mill to his home every night, and visitors say that the entire area is filled with eerie silence and strange fog most days, like the spirit of the trapped caretaker just hangs here heavily over the mill.

In Centre Hall and located in the Ridge and Valley region of the Appalachian Highlands sits one of Pennsylvania’s most beautiful haunted natural wonders, Penn’s Cave. The legend that surrounds the cave is a story of love denied. In the early 1700s, the Seneca Native American tribe discovered the cave. Chief O-Ko-Cho had seven adult sons and one daughter, Nita-Nee, whose beauty was immeasurable and was guarded by her brothers carefully.

A young Frenchman named Malachi Boyer from Lancaster County is said to have come to their camp one day to trade furs with the Chief. He caught a glimpse of Nita-Nee, and is said to have fallen in love instantly. When the Chief’s sons went out to hunt, he would sneak into the camp and run off with Nita-Nee. The two fell in love and made plans to marry, but Seneca traditions did not allow for the Seneca people to marry outside of their tribe.

As young lovers do, they made their escape in the middle of the night to be together. In the morning when the Chief realized what had occurred, he sent his sons to track down Malachi and his daughter. The brothers eventually found the couple, and brought them back to the settlement. Chief O-Ho-Cho then ordered his sons to throw Malachi into the water cave, and to trap him in there to ensure he would not run away with Nita-Nee again.

Malachi swam about the cave for a week or so, and eventually just as he ran out of energy, he found a recess at one end of the cavern, crawled into the dry riverbank, and died. The brothers soon found his body, tied him to rocks, and threw him back into the waters of the cave, his body sinking deep. To this day, tour guides and visitors alike report hearing Malachi’s cries and screams. Two tour guides have reported hearing “Nita-Nee” coming from an unseen male and firmly believe that the cave is haunted. Ghost hunters have also visited the cave searching for answers, and came out with recordings of female voices, Native American languages being spoken, heavy breathing, disembodied conversations, and even apparitions.

That concludes our list of haunted natural wonders here in Pennsylvania. Have you been to any of these locations? Did you experience any paranormal activity during your time there? 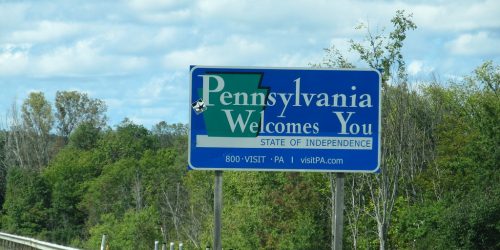 When people think of haunted places, physical structures and man-made buildings such as Hillview Manor come to mind first. What they sometimes forget, however, is that natural land itself can be curse...
Read More 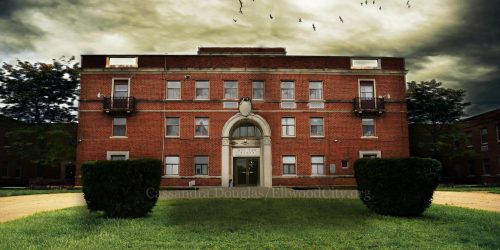 Another Haunted Asylum  Hill View Manor was formerly known as the Lawrence County Home for the Aged, also known as the poor house or poor farm, and housed the county’s mentally ill, financ...
Read More 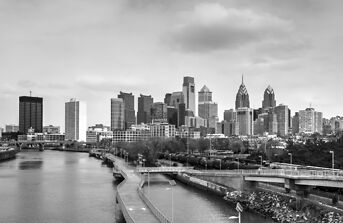 Philadelphia is one of our nation’s most historic towns, its written history beginning in 1682. The city was founded by William Penn in the English Crown Province of Pennsylvania. Before its concept...
Read More