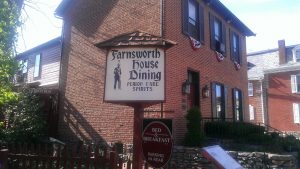 The building is situated on a parcel of land initially owned by Reverend Alexander Dobbins, an early frontier pioneer who helped settle the area. Born in Ireland in 1742, he grew to be a man of great dignity, education, and a well-respected minister. He even has his own house named after him in Gettysburg called The Dobbin House. He later sold the property to John F. McFarlane, who was recorded as being the home’s first resident, and he owned the land until he died in 1851. After his passing, the Bank of Gettysburg took ownership of the house and following this transaction, the home was passed along to several owners until it was finally sold in 1972 to the Shultz family, who maintain ownership of the Farnsworth House Inn to this day. The Shultz family, in fact, were the ones who first reported unexplainable activity occurring in the home…

The Shultz Family bought the Farnsworth House Inn from the Black Family, who ran it under the name of The Sleepy Hollow Inn. The Black Family advertised their inn using the historical fact that the home had 135 bullet holes riddled in one of its sides as a result of the Battle of Gettysburg. The battle is the sole reason as to why so many locations around the city are reportedly haunted. An astonishing amount of lives were lost during that time – numbering in the tens of thousands. As a result, those lost and forlorn spirits are thought to roam much of Gettysburg.

The Farnsworth House Inn was present during the historic Battle of Gettysburg. It was occupied by Confederate forces who utilized the structure as a makeshift field hospital and headquarters, a practice that was common during the Civil War. Many residential and business buildings were all but taken over and used for planning attacks as well as treating the wounded.

During the third day of the Battle of Gettysburg, Union soldiers stormed the Farnsworth Inn, killing the many Confederate snipers who were posted within its walls, waiting to strike. They had been stationed there in an attempt to pick off Union soldiers as they crossed the nearby Cemetery Hill.

Frights at The Farnsworth House Inn

The Shultz Family has been the caretakers of the inn since 1972, and they have come forward with the most claims of paranormal activity in the inn. They claim that a whopping 16 spirits occupy the residence, each one having its own name and personality. The spirits include an eight-year-old boy, several civil war soldiers, and a former midwife. Since the residence was used as a hospital during the Civil War, their claims of a midwife and soldiers seem believable. Many soldiers passed away in the inn, and visitors, as well as staff, have reported seeing them in and around the building, patrolling the house and its grounds. Sounds of disembodied breathing, grunts, voices, along with the strong scent of cigars, have been experienced by guests who visit the home.

The ghostly midwife has shown herself to guests in eerie accounts, visitors experiencing the sensation of being tucked into bed as they lay down for sleep. Several photographs of an entity in a window have been captured in one particular room when seen from the street below. This room is commonly referred to as the “Sara Black Room,” named after one of the family members who previously owned the residence. This room is primarily considered to be one of the most haunted in the entire house.

One of the more common encounters within the Farnsworth House Inn seems to occur only in the dead of the night when the streets are quiet, and the city itself is calm. In the empty attic of the home, the sound of a jaw harp can be heard playing tunes throughout the night. The harp is believed to the played by a young soldier while at his post. The harp is heard on the darkest of nights at the Farnsworth Inn, echoing throughout. Disembodied footsteps pacing and patrolling the halls are a common occurrence. While employees of the inn fulfill their daily tasks, they have reported the sensation of being followed while working. When they turn to see who has invaded their personal space, no one is there. No one living, at least.

Dark shadows and silhouettes are reported almost nightly by patrons of the inn as well as by employees. These apparitions are witnessed in several rooms, quickly vanishing after they make themselves known.  One such figure is predominantly seen in the dining room, while others have been witnessed sitting on the edges of the guest beds. Inn patrons even see their beds being pressed down, as is weight is actually being applied! There’s even a female spirit who wanders the Farnsworth House Inn, said to be so life-like that patrons have mistaken her as a living staff member!

One of the most popular spirits of the Farnsworth House Inn is the cranky cook in the kitchen! She is described as an older woman dressed in period clothing and is seen most roaming about the halls and kitchen. She is usually seen looking over the products on the kitchen and pantry shelves, almost as if she is planning on what to cook for supper that evening!

In what appears to be an attempt to make her presence known, she frequents the restaurant area where she behaves rudely to the staff. She pulls their apron strings, pushes them, and even knocks them down on occasion. She is said to be the only malevolent entity at the Farnsworth House Inn since she becomes physical with staff and guests more often than not.

A more lighthearted story out of Farnsworth, this story begins when a local radio station was doing a special broadcast from the inn that involved the crew dressing up in blue period-costumes. In an interesting twist, they kept referring to the radio host as ‘Captain.’

Their civil war style blue duds, as well as their repeated use of the word captain, seemed to stir up the spirits of the soldiers who were seen on that particular evening more than usual! They were witnessed dozens of times running about the inn and its surrounding property.

These days, the Farnsworth House Inn is a significant tourist attraction for paranormal enthusiasts. Its vibrant and dense history serves as a perfect backdrop for all of the otherworldly activity that occurs inside of its walls. With the claim of sixteen individual spirits residing inside the inn, one doesn’t have to look far to find an entity! The owners are so confident in the frequency of paranormal happenings that they say guests don’t even need to try to find the ghosts; the ghosts will come to them! 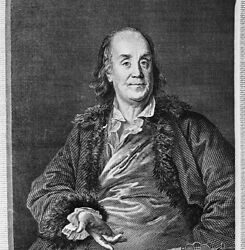 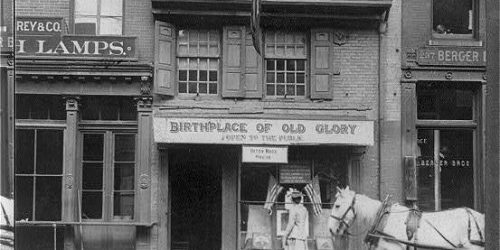 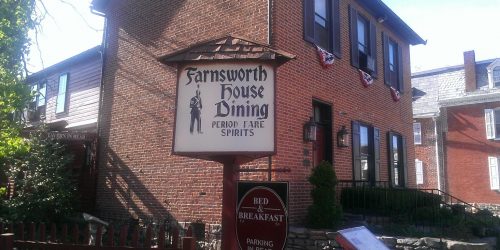